Malomba Esembe rewarded with Knight of the Order of Valour Medal

- May 21, 2022
Edited for Mnews237 by Martial Gnoukapasir
Magistrate on secondment to the National Assembly, currently representing the voices and aspirations of the people of Buea Urban in particular and Cameroonians as a whole at the aforementioned institution Hon. Malomba Esembe, has been greeted with the superior accolade of the Knight of the Cameroon Order of Valour by the head of state during the 2022 national day celcelebrati in the country.
South West governor Okalia Bilai did the state the honour of decorating Hon. Malomba with the topmost medal at the Buea Independence Square where festivities marking the Golden jubilee celebration of Cameroon's reunification of 1972 unfolded.
The young politician, now 36 years old received the honour, two years after his appointment as Knight of the Order of Merit in may 2020.
Malomba Esembe, now Knight of the Cameroon Order of Valour for the past 20 of his 36 years (born on 14 September 1985), has been devoted to his highest passion which is public service.
After volunteering from 2002-2003 (NB: he obtained the A levels in 2002/BHS Buea), he brilliantly passed the entrance into Cycle B of ENAM (Court Registry Section) in 2003.
He completed in 2005 and was posted to the High Court in Kribi as a Court Registrar.
He in 2006 was among the first set of civil servants who were appointed to the Ministry of Small and Medium-Sized Enterprises, which had just been created.
He rose from a Chef de Bureau (2006) in the Department of General Administration to Chargé d’Etude Assistant i.e. rank of Chief of Service (2008) in the Legal Affairs Unit of the Ministry.
In 2008 he passed the entrance into the Magistracy Section, Cycle A of ENAM.
Upon graduation in 2010 he was drafted into the Magistracy corps and posted to the Office of the Procureur General of the South West Region, Buea, as a prosecuting magistrate in 2011.
Motivated by President Paul BIYA’s exhortation to young Cameroonians to be daring, he decided in 2019, in the higher interest of service to his community and the nation to run for the then vacant seat of MP for Buea Urban. On November 19, 2019, he was nominated by the CPDM party for the election which he contested on February 9, 2020 and won.
Strikingly, his professional trajectory has crisscrossed the three arms of government, namely: the judiciary (as Court Registrar and later Magistrate), the executive (as staffer in the Ministry of SMEs) and now the legislative (as MP).
In the National Assembly he is the Vice chairman of the foremost Committee, the Committee on Constitutional Laws, and Executive President of the Network of Cameroonian Legislators for Road Safety.
He is also the Chair of the SW Regional Committee in charge of Monitoring the Execution of the Public Investment Budget.
In addition, he is a certified Elections Observer (KAIPTC, Ghana) and served on the Commonwealth Observer Mission to the Zambia General Elections in August 2021. 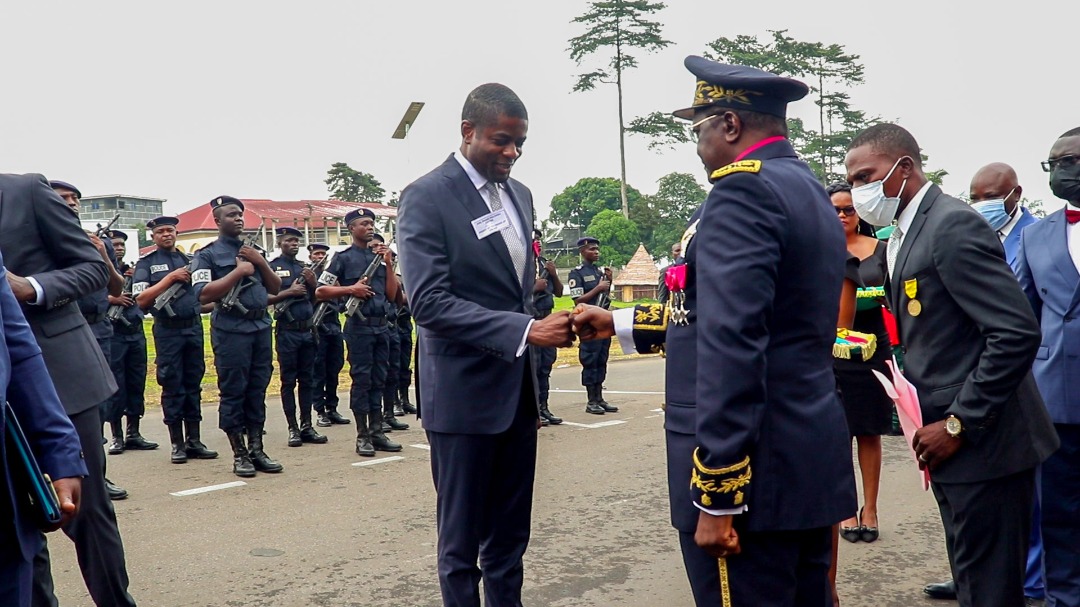 He is an Elder of the Presbyterian Church Bokwaongo and a member of the Synod (highest organ of the Presbyterian Church in Cameroon).
He holds a post graduate degree in law and has attended trainings and conferences in Cameroon, Ghana, UK, USA.
He is married and a father of 3.
it is the Fount of Honour (fons honorum) in Cameroon himself, none other than the President of the Republic, H.E. Paul BIYA that found his services to the nation, deserving of the superior accolade of Knight of the Order of Valour, conferred on him on May 20th 2022.

Popular posts from this blog 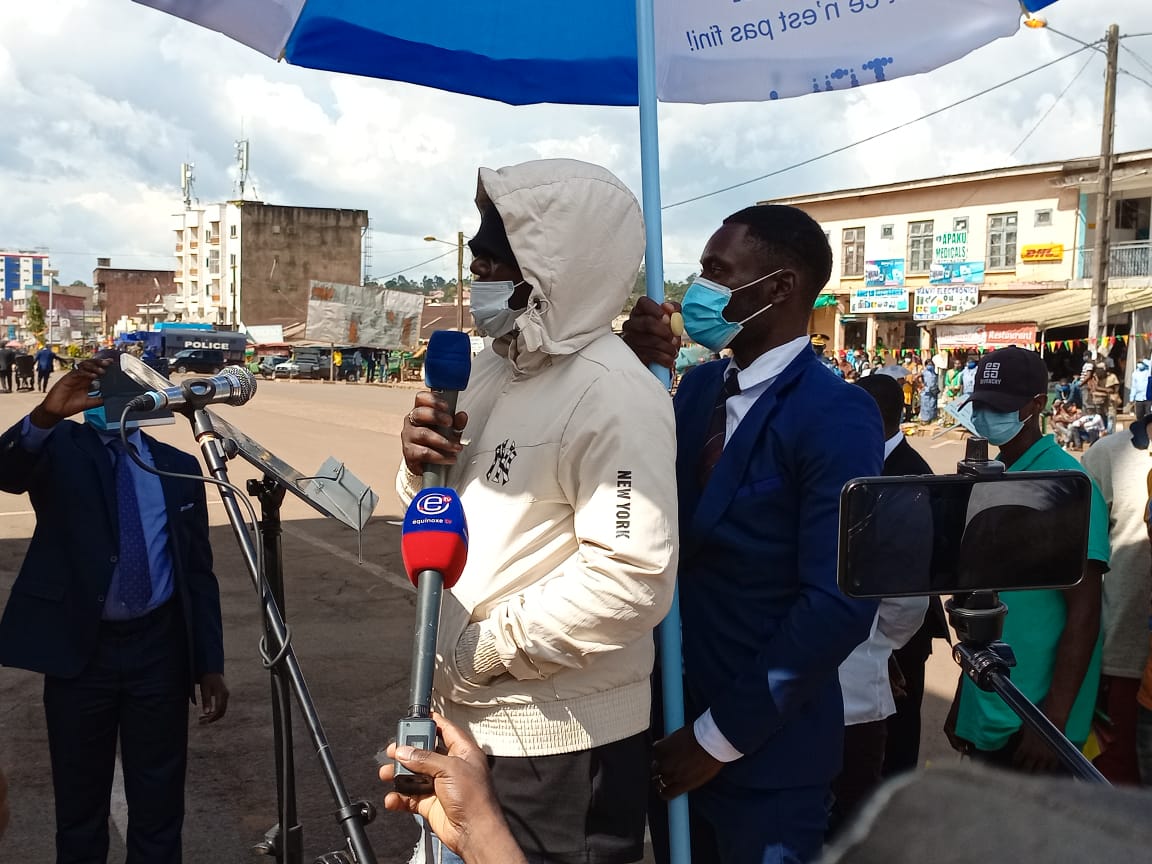 By Martial Gnoukapasir Photo credit: Civiclens General Scatter confessing to the PM At the Bamenda commercial grandstand Wednesday October 6th, marking day two of the prime minister- Chief Dr Joseph Dion Ngute's stay in the North West region, some 13 young men in their early 20's were presented as seperatist fighters who are just from dropping their weapons. One who identified himself as "general scatter" confessed that they're just from handing over 2Ak's, a Pop action and two Dane Guns to the military before showing up at the grandstand. In pidgin-english he said: " Ma name na general scatter, a sure say wunna don di hear about me, we Don just hand over 2Ak, 1Pop action and 2 Kontri gun for the military before we kam for hear" He also confessed that the 13 of them realized that picking up arms against a state they were suppose to help develop and protect was wrong and have come to their senses. 12 Other ex combatants who laid down weapons The PM wh
Read more

Bamenda: Man Masturbates on the street after futile attempt to rape little girl 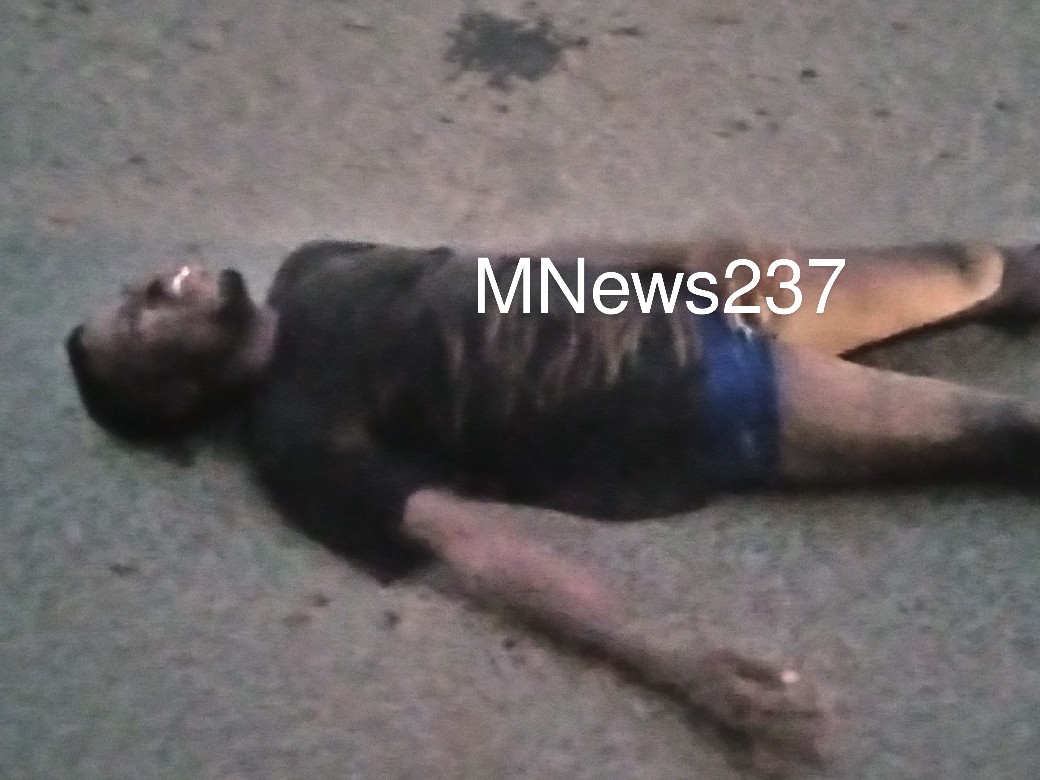 By Martial Gnoukapasir young man masturbating on the street It took the intervention of passers-by to rescue a young girl from the hands of an energetic young man as he struggled to rape her in broad daylight. The population that gathered, pounced on the young man believe to be in his early 30's at the Ghana street neighborhood in Bamenda at about 6:45pm as he wrestle the girl to a tight corner for sexual gains. MNews237 at press time still had difficulty tracing the identity of the young man, who after being deprived of his sexual fantasy started chasing cars and motorbikes with passengers on board. Few minutes later he fell on his back in the middle of the street, pulled out his penis and started stroking it back and forth, licking his lips using his tongue in the process. While a section of the crowd that gathered (majority of whom were bike riders) suggested that the young man be served the services of a prostitute to quench his lust for sex, others opined for water to be th
Read more

The Rapid Intervention Battalion in Cameroon Donates to IDP’s And Less Privilege in BBH Kumbo in the NWR. 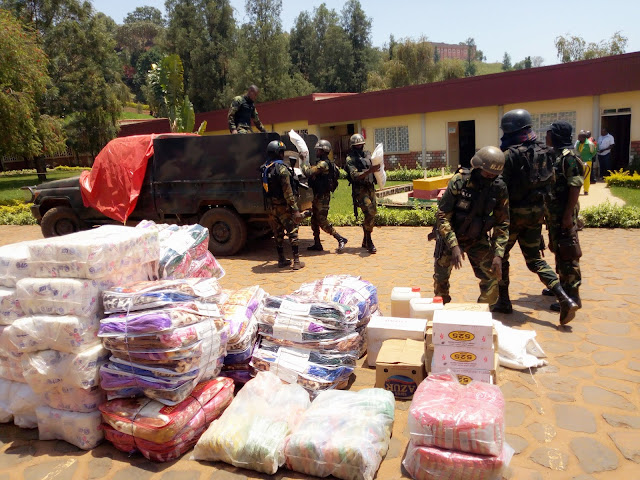 By Martial Gnoukapasir Humanitarian relief package of the BIR        As part of their yearly humanitarian gesture to aid and assist the less privileged all over Cameroon, the Rapid intervention battalion (BIR) Wednesday march 13th made a donation of food items and other goods of basic necessities comprising of bags of rice, Vegetable oil, blanket and bed sheets, dresses, savon, toiletries among others to the internally displaced persons and less privileged at the Banso Baptist Hospital (BBH) in Kumbo of Bui division here in the NWR.       The BIR elements that accompanied the consignment for the humanitarian exercise, spend over six hours on the road, as they met with stiff resistance from the separatist fighters to and from Kumbo who shot at the convoy while the military elements responded. BBH Kumbo             In the meantime handing over the gift to the director of the BBH in Kumbo after a brief stop at the 32 nd light intervention unit command post, the colonel w
Read more